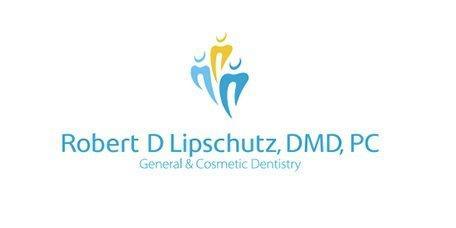 Gum disease is the leading cause of tooth loss among adults in the U.S. Dr. Lipschutz is a trusted, skilled provider of periodontic and endodontic services, helping patients from throughout the New York City area have healthier gums so they can avoid adult tooth loss.

What is a periodontist?

A periodontist is concerned with treating dental issues that affect or involve the gums. Periodontists are skilled in treating all stages of gum disease, from the early signs of gingivitis to the more advanced stages of periodontitis when teeth are at the greatest risk of being lost. They also have significant experience in placing dental implants and in performing surgeries, including gum grafting procedures.

Also called periodontal disease, gum disease is caused by bacteria that collect along the gum line and between the teeth and invade the space between the gums and the teeth. As they multiply, these bacteria give off toxins that cause gum tissue to pull away from the tooth surfaces and to recede, exposing more of the tooth to the effects of the bacteria. Without treatment, the bacteria eventually make it all the way down the tooth to the root pocket, where they cause teeth to become loose and finally to fall out.

What symptoms does gum disease cause?

In its very early stages, gum disease may cause no symptoms or it may cause some bleeding during brushing and flossing. As the disease progresses, it can cause symptoms like tenderness, redness and swelling the gums, as well as infection and chronic bad breath. Without treatment, teeth will eventually become loose and fall out.

What kinds of treatments are available for gum disease?

In the early stages of gum disease, having more frequent routine cleanings and improving your brushing and flossing techniques are often sufficient to prevent the disease from progressing and to help gums return to normal health. In more advanced stages, in-depth cleaning methods called root planing and scaling are used to remove bacteria beneath the gum line and in the root pocket, smoothing tooth roots so it's more difficult for bacteria to become colonized. Antibiotics may also be used to destroy bacteria that are difficult to reach and to prevent future infection. When gums have severely receded, gum grafting surgery may be needed to supplement existing gum tissue and to protect exposed tooth roots.

At the practice of Robert D. Lipschutz, DMD, we make every effort to provide you with the finest care and the most convenient financial options. To accomplish this we work hand-in-hand with you to maximize your insurance reimbursement for covered procedures. If you have any problems or questions, please ask our staff. They are well informed and up-to-date.

Please bring your insurance information with you to the consultation so that we can expedite reimbursement.

Words from our patients